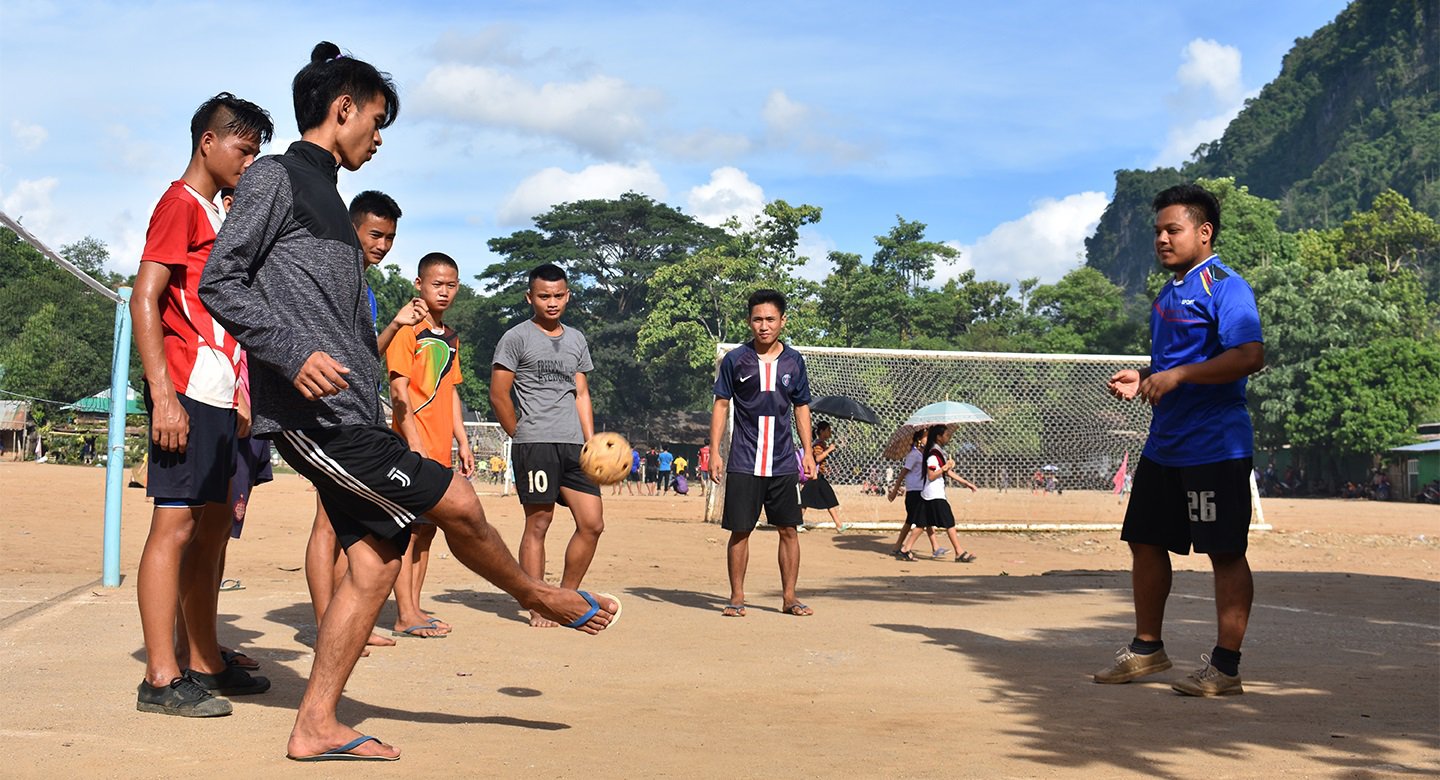 Growing up in Mae La

A mother and her teenaged daughter aren’t getting along, and their shelter, part of the sprawling Mae La camp for displaced persons in Thailand, isn’t big enough for the both of them. They’ve been arguing more and more, and the arguments have been growing worse. But they’ve stopped for a moment as Than, a Right To Play coach, is visiting. He’s been asked by the daughter to help mediate between her and her mother.

With a sympathetic ear to both sides and some soothing words, he coaxes the mother and daughter to reveal the source of the problem – money troubles are setting everyone on edge. With the problem revealed, Than suggests ways they might be able to reconcile their differences. The daughter is very skilled at English – why doesn’t she tutor other people to earn some extra money? Both mother and daughter agree, and they thank Than for helping them to productively resolve their issue. But there are many more families in Mae La that need similar help with mediation and Than is in high demand. 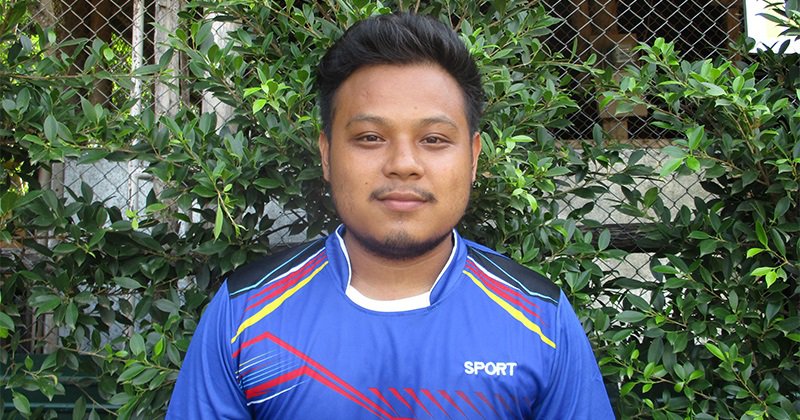 Than is one of hundreds of thousands of Karen people who fled from government violence in Myanmar as a child. He ended up in Mae La, which is home to more than 50,000 displaced Karen, where his uncle helped raise him, while his parents remained behind in Myanmar.

Growing up, Than could see the challenges that displacement brought to the Karen living in shelters. Families are under strain from poverty, separation, and the trauma of fleeing their home country. Crime, domestic violence, alcohol abuse, and drug use are common problems. Many Karen are worried about their children losing their culture and way of life in the shelters, and parents can react badly to a generational gap between those born outside Mae La and those who’ve grown up within it. Helping families communicate productively and respectfully is a valued but rare skill.

“In the past, when I had problems, I would run away from them as I didn’t know how to solve them without causing someone else pain. The most important things I’ve learned are problem-solving and sticking to decisions.” – Than, Coach

Learning to Help Others

Than first became involved with Right To Play in 2012. He took a job as a coach at a sports program Right To Play was running in Mae La. He loved it, but he was even more impressed at how the coaches helped the community around them, serving as peacemakers, advocates for children’s rights, and problem-solvers. Helping the people around him spoke to his heart.

“Because of Right To Play, children in the community get to play, youth have their voices heard, and adults get to bond with them. Children are happier even though they are living a refugee camp and their futures are uncertain,” he says.

He spent a year working with Right To Play before returning home to Myanmar in the wake of the end of the military government. In Myanmar, he reconnected with his parents, but both he and they realized how much his experience in Mae La had changed him. Instead of a happy reunion, they found themselves arguing over differences in religion, customs, and politics, with Than’s parents dismissing his views out of hand and insisting he agree with whatever they said.

At first, Than was tempted to run back to Mae La and give up, but he summoned his inner strength, drawing on lessons he had learned as a coach, and stood up to his parents. His ability to express himself in a positive way helped cut through the arguments, and his ability to facilitate difficult conversations allowed him to create an atmosphere everyone feel heard and respected. Instead of running away, he stayed for two years before the urge to give back to others drew him once more to Mae La.

“In the past, when I had problems, I would run away from them. I didn’t know how to solve them without causing someone else pain. The most important things I’ve learned are problem-solving and sticking to decisions,” he says. 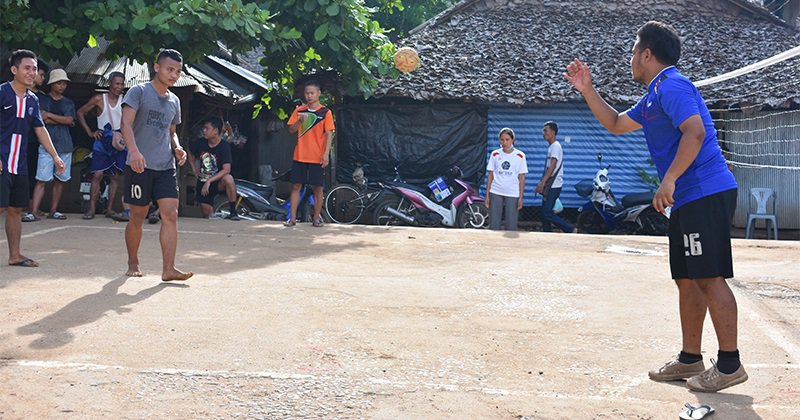 When Than returned to Mae La, he took a job as a social worker fighting sexual and gender-based violence. He helped young people learn how to have healthy, respectful relationships with one another and reject discrimination based on gender.

“I became a person who could solve difficult problems in my own life and help others, which I couldn’t do before,” he says.

When the chance came to rejoin Right To Play, he jumped on it. He remembers the interview: “When I came in, they asked if I was afraid of dancing in front of large groups of children, and I was, but I wanted the job. So I told them I could do it, and then I danced to show that I could,” he laughs.

“I became a person who could solve difficult problems in my own life and help others, which I couldn’t do before.” – Than

In his new role, Than helped run volleyball, football, and sepak takraw (cane ball) programs for youth, but the core of his work was promoting social cohesion amongst the displaced Karen. He would visit families one-on-one to understand their problems and help them develop solutions. Than would teach parents and children the same techniques he had used dealing with his own parents – how to express feelings and beliefs in positive, respectful ways that left everyone feeling heard.

He also stood up for people in need. When a young man was being persecuted for marrying outside his ethnic group, Than worked with a junior leader in his program to get the young man and his wife protection from harassment. Another time, a man was arrested for simply being nearby when police broke up an illegal gambling game, and Than helped secure his release. Soon, Than had become a community leader who people came to ask for help with their problems.

A Long Separation and a Bright Future

In between helping others, Than met his future wife, Cho Cho, a coach trainer at Right To Play’s Mae La program. They were married in 2016, and in 2019, Cho Cho was resettled as a refugee in New Zealand, where there is a small but thriving Karen community. COVID-19 has temporarily put Than’s hopes of joining her on hold, but he hopes to go someday and reunite with her.

In the meantime, Than continues to work with Right To Play in Mae La. With the restrictions, lockdowns, and disruptions in cross-border travel from the COVID-19 pandemic, promoting a sense of community and strengthening familial bonds are even more important, and he’s busier than ever. 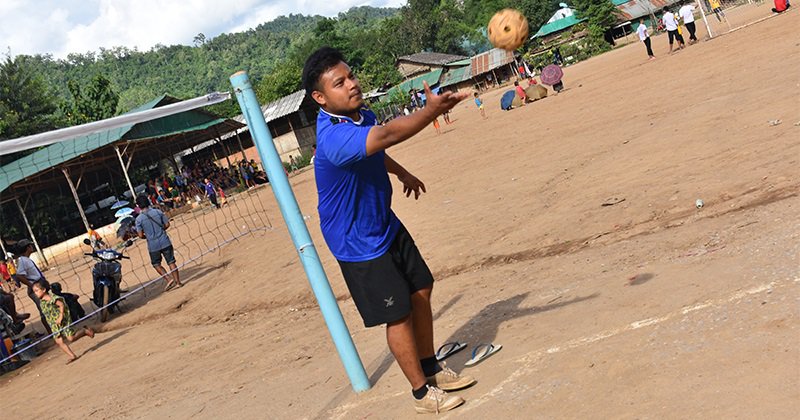 Stay connected to youth in Thailand